I just got this today, and the wife wanted me to write a review, so here goes. Pardon my spelling of the Greek name :-) 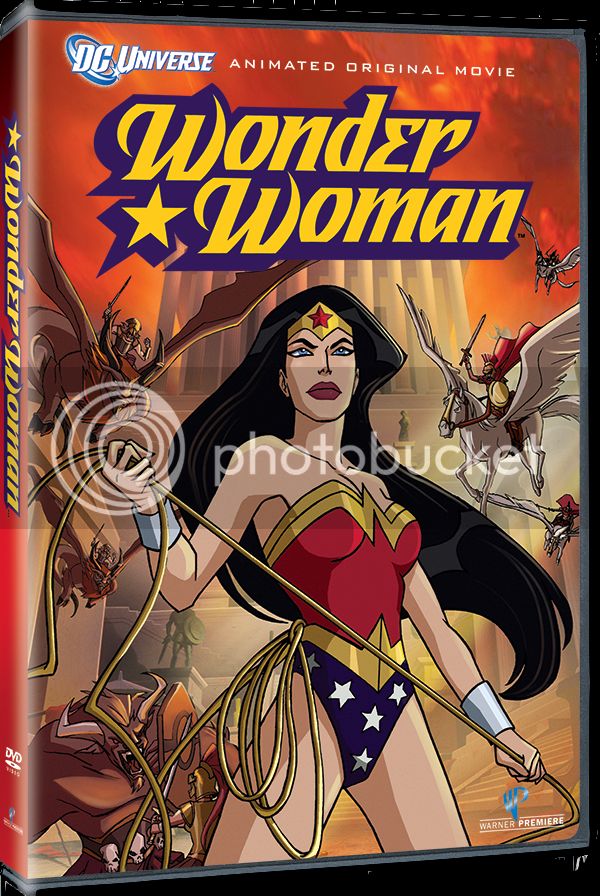 This DVD is the origin story of Wonder Woman; how she is born, why she wants to leave Themriscyra, how she learns to love man's world.

When Steve Trevor's plane is damaged in combat, he crash lands on a Themriscyra which has been accidentally made visible by Queen Hipolyta. Immediately Diana and Artemis are headed towards the crash site; Artemis with a platoon of Amazons. They finally capture Trevor, and Hipolyta determines he is not a threat. An emissary is to be chosen through trial of skill, and Diana enters secretly. Of course, she wins.

Well, that's the part we all know. The real problem is that Ares, the God of War, has been released and plans to turn the world into a constant battlefield. Diana's secondary mission is to defeat Ares.

Enough of the story. I don't want to spoil anything. How about the movie in general?

The voice talents are very good. A few big names. Rosario Dawson plays a shit-talking Artemis. The other actors were recognizable, but few I knew by name. The animation was good, but it appears they intentionally broke from the Justice League Bruce Timm style (even though he is the producer). It is still animated to that same standard—it wasn't turned into the, in my opinion, poor animation of Marvel's shows.

The two disc set has some nice features. It has a digital copy option. There are featurettes on the upcoming Green Lantern animated movie, as well as Justice League: the New Frontier, and Batman: Gotham Knights. There are interviews with the cast members and production team, and some historical looks at Wonder Woman which I have not watched yet. Additionally there are two episodes of Justice League Unlimited; "A Distant Shore" and "Hawk and Dove" which both feature Wonder Woman prominently.
Posted by Darius Whiteplume at 2:11 AM