Newsrama: Wonder Woman is a Wonder!

Newsrama has their review up of the new WW #1.

I concur.
Posted by Timothy S. Brannan at 8:53 PM No comments: 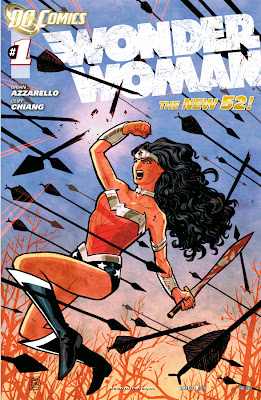 The art is fantastic and Wondy is looking great here.
Posted by Timothy S. Brannan at 8:47 PM 3 comments:

I am going to get this tomorrow because buying it on the day it is released sends a stronger message than just picking it up later.

Of course after that then the story has to keep me interested to get me to #2.
Posted by Timothy S. Brannan at 3:51 AM No comments:

Posted by Darius Whiteplume at 3:01 PM No comments: