Posted by Timothy S. Brannan at 6:26 PM No comments:

Wonder Woman art from Dave Bullock.  Thanks to Calvin at the Canadian Cave of Cool. 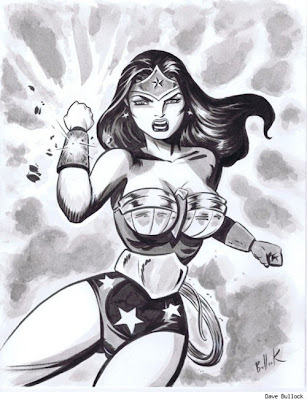 Posted by Timothy S. Brannan at 8:56 PM No comments:

So why did we never see them together?

Well we were.  But it never happened.
According to this, were supposed to get a Wonder Woman/Xena crossover.
http://www.comicsbulletin.com/main/sites/default/files/busted/116223400072322.htm