Warner Bros: 'Wonder Woman is one of top three priorities'


Warner Bros has promised that Wonder Woman is "one of the top three priorities" in its DC Comics project.
DC Entertainment chief Diane Nelson has said that they are keen to get the character "right".

"We have to get her right, we have to," she told The Hollywood Reporter. "She is such an icon for both genders and all ages and for people who love the original TV show and people who read the comics now.

"I think one of the biggest challenges at the company is getting that right on any size screen. The reasons why are probably pretty subjective -she doesn't have the single, clear, compelling story that everyone knows and recognises.

"There are lots of facets to Wonder Woman, and I think the key is, how do you get the right facet for that right medium?

"What you do in TV has to be different than what you do in features. She has been, since I started, one of the top three priorities for DC and for Warner Bros. We are still trying right now, but she's tricky."

A Wonder Woman television series called Amazon has been in development at CW. The project is believed to still be in the works despite not making the fall 2013 cut.

And because I can here is a pic of Wonder Woman as she appears on the small screen. 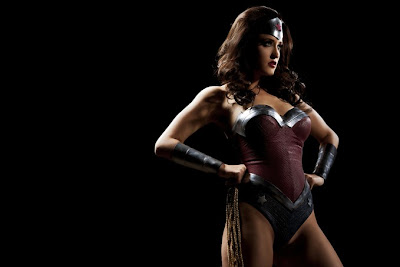