"SAN DIEGO, CA: Rainfall Films has recently completed filming on a Wonder Woman short film, starring Rileah Vanderbilt and directed by Sam Balcomb. The project is currently in post-production and will debut in August. Further details will be released shortly." 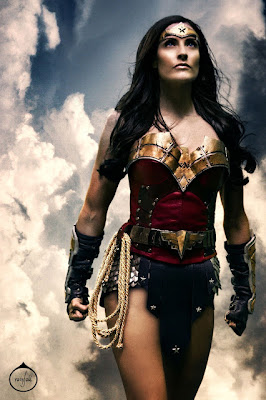